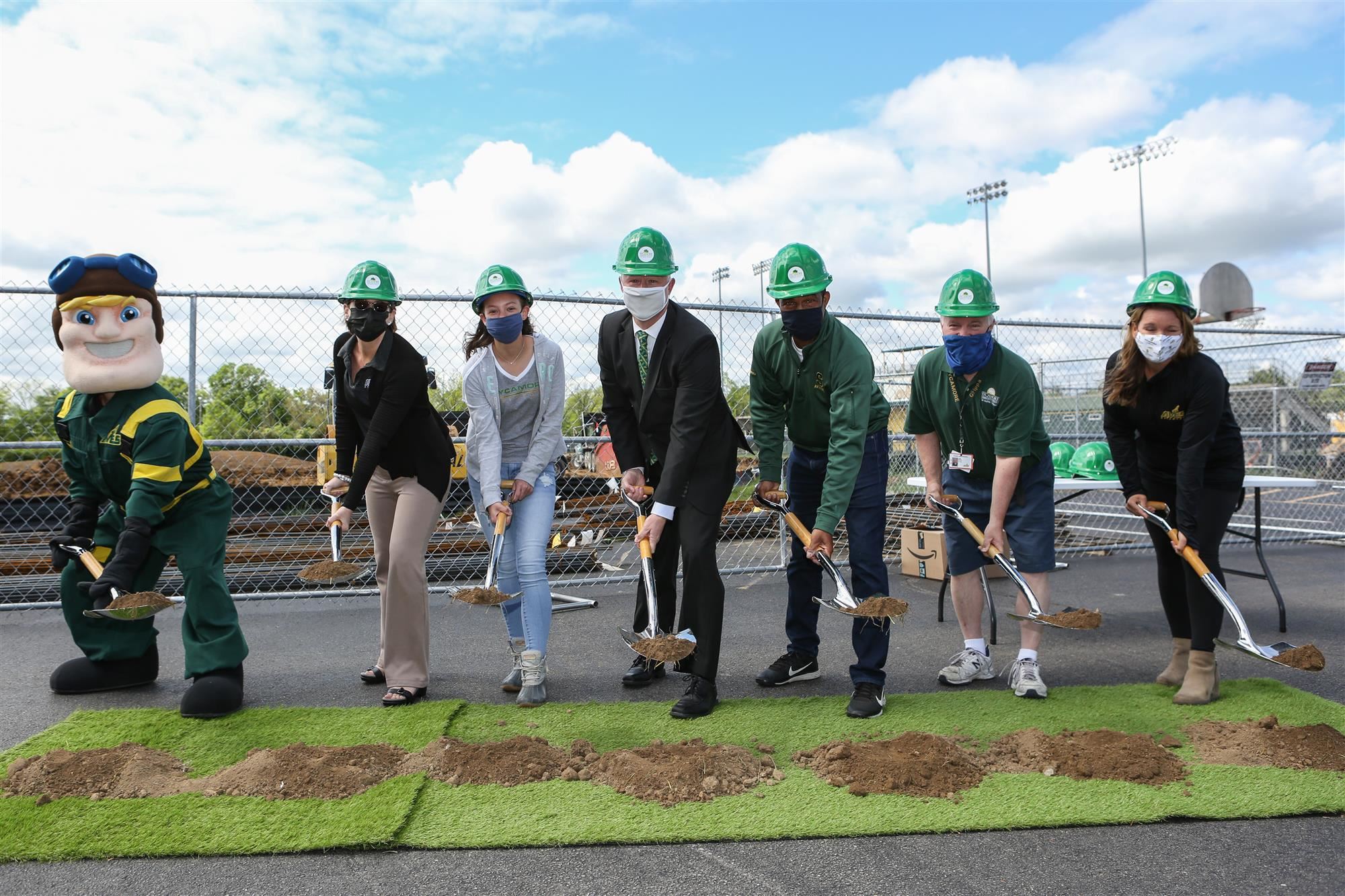 District administrators, current and former Board of Education members, city leaders, students, staff, and families officially “broke ground” at the two biggest projects on May 5. The Master Facility Milestone Celebrations marked the rebuilding of E.H. Greene Intermediate and Sycamore Junior High. Construction is already underway at both sites. You can watch video of both ceremonies by clicking here.

Students from across grade levels had the opportunity to share creative projects to honor the old and new buildings during the ceremonies before “turning dirt” at the sites. The ceremonies also featured music from Sycamore Orchestra students. To see their creative works, click here. Both ceremonies honored the past of these longtime facilities, as well as looked forward to the future.

The new 151,000 square foot project will mostly be new construction, with the exception of the existing cafeteria and two gymnasiums which will be preserved. The new building will include courtyards, a large media center, STEAM spaces, and large suites for music and visual arts. The anticipated completion will be Late Summer to Early Fall 2022.

Sycamore Junior High opened in 1926 as Sycamore Township Union High School. It was the first high school to serve all students in the district. In its first year, the enrollment was 60 with four faculty members. The facility became a junior high in 1974 when the current Sycamore High School was built on Cornell Road. Over the years, a number of additions have been made to accommodate growing enrollment.

The junior high project is a complete rebuild of the school on Cooper Road. It will feature a more centralized and modern layout with new classrooms, a media center, and a cafeteria, as well as two new gymnasiums, and state-of-the-art theater and music suites. The district anticipates it will be completed in Fall 2023.

Students will continue to attend both facilities until their new schools are completed, at which time, the old buildings will be razed. The district plans to offer opportunities for the public to say goodbye to the old facilities before they are torn down in 2022 and 2023.