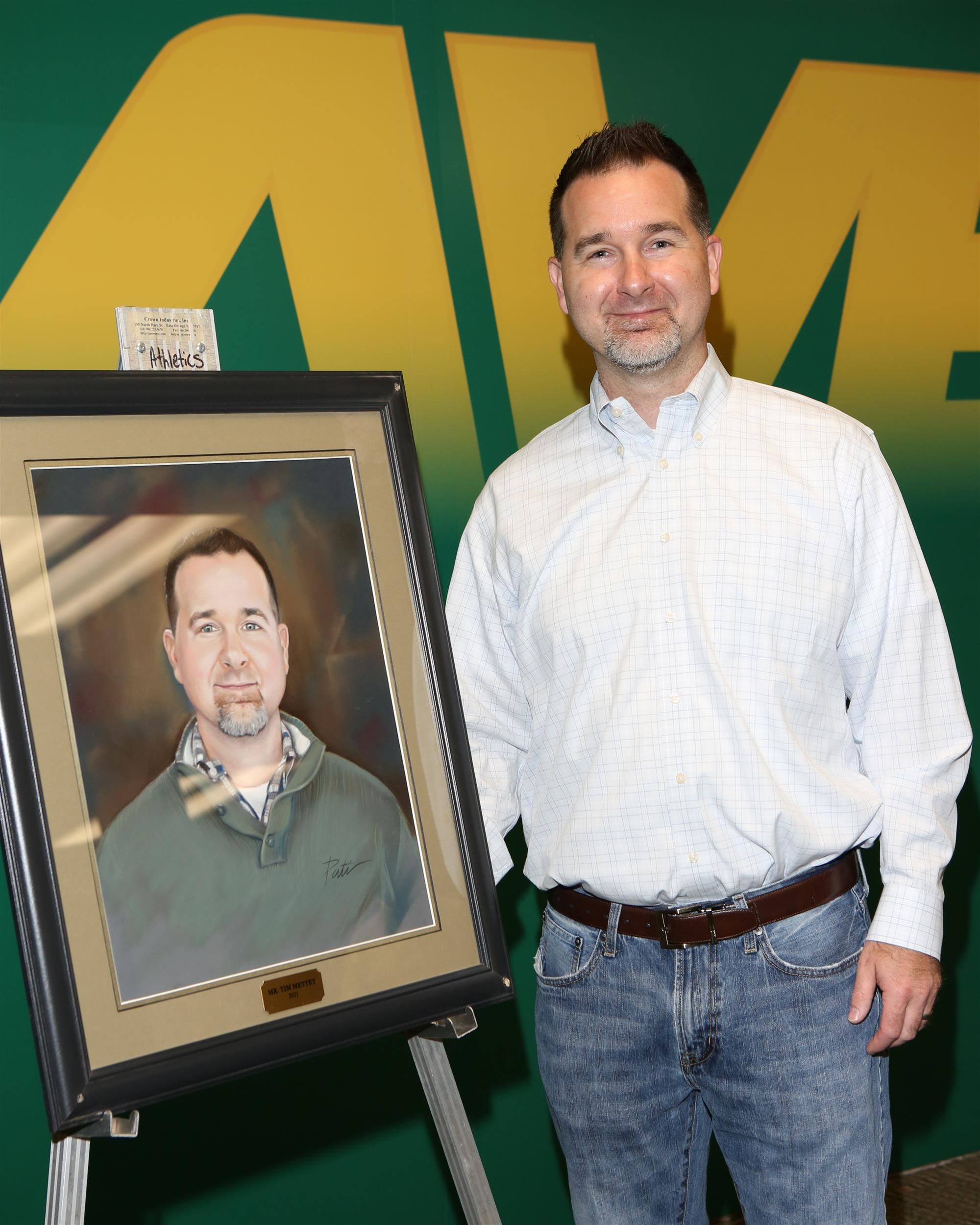 An Aviator alumni who has dedicated his life to serving others has been named the 2021 Sycamore Distinguished Alumni.

1993 Sycamore High School graduate Tim Mettey has dedicated two decades of service to humanitarian causes both at home and around the globe as the CEO of Matthew 25: Ministries (M25M), international humanitarian aid and disaster relief organization based in Blue Ash.

Mettey learned to value and lead a lifestyle of service from an early age. As the son of Rev. Wendell Mettey, founder of M25M, Tim had frequent opportunities to travel to Nicaragua, immersing himself in the culture and the environment to aid the less fortunate.  Tim attended the University of Cincinnati, before leaving to develop a number of entrepreneurial businesses.  Tim began working at M25M in 2003 and has advanced and developed various roles within the organization as it grew, to his current position of CEO.

In 2005, Tim established M25M’s disaster relief program while responding to Hurricane Katrina at his father’s request. He worked with on-the-ground partners to determine the most-needed supplies, mobilized product donations from M2M’s Cincinnati-based processing center for immediate distribution, and helped set up long-term recovery efforts. Since then, Tim has expanded the disaster relief program to reach victims throughout the United States as well as internationally. Tim led disaster response medical teams to Haiti following the 2010 earthquake and to the Philippines following Typhoon Haiyan in 2013. Matthew 25: Ministries now operates an extensive, multi-faceted Disaster Relief Program that includes various corporate disaster partnerships and services, such as Tide Loads of Hope, Cintas Cares, P&G mobile disaster relief program, and many more.

As CEO of M25M, Tim has developed with his talented staff many of Matthew 25: Ministries’ key programs including the Grow Right Micronutrient Supplement program; several in-house manufacturing and recycling programs; micro-enterprise programs; economic development programs; health and wellness programs; and more.  Tim also advocates for premium benefits and equal wages across all age, ethnicity, and gender demographics. He has created additional benefits for his staff, such as 100% employer-paid health insurance premium, full pay for maternity and paternity leave, vacation reimbursement, sabbatical opportunities, and much more.

Matthew 25: Ministries works with corporations to reduce waste by saving products from the landfill, saving money, and also caring for the poor at the same time. Under Tim’s leadership, Matthew 25: Ministries has grown by 25%, now shipping out more than 750 truckloads each year, with the largest percentage of aid distributed domestically within the U.S.  Additionally, Tim has led Matthew 25: Ministries to earn a perfect score of 100 for financial health, ethics, accountability and transparency from Charity Navigator, the nation's largest and most-utilized evaluator of charities. Matthew 25: Ministries is also currently ranked 66th on Forbes’ list of 100 Largest U.S. Charities.

Tim is a top-ranked teen and young adult author. He has struggled with and has overcome multiple learning disabilities to create his series, The Hero Chronicles, with five books already published in the series.  Tim is also an advocate for literacy and education worldwide and hopes his journey can be an inspiration to others. He says, “We don’t have disabilities, we just learn differently.”

Tim is happily married to his wife, Lesleigh, and has seven beautiful daughters, two twin sons, and one grandson. Time with his family is something he cherishes most of all, and they are the reason why he can do what he does.

Tim Mettey was initially scheduled to be our 2020 Distinguished Alumni, but the recognition was postponed due to COVID-19. Instead, the Class of 2020 was named the 2020 Distinguished Alumnus for their sacrificial spirit and positive energy during the pandemic. Mettey was honored during a private ceremony on May 24 at Sycamore High School. He will also be speaking at Sycamore High School’s Commencement on May 30 at the Cintas Center.