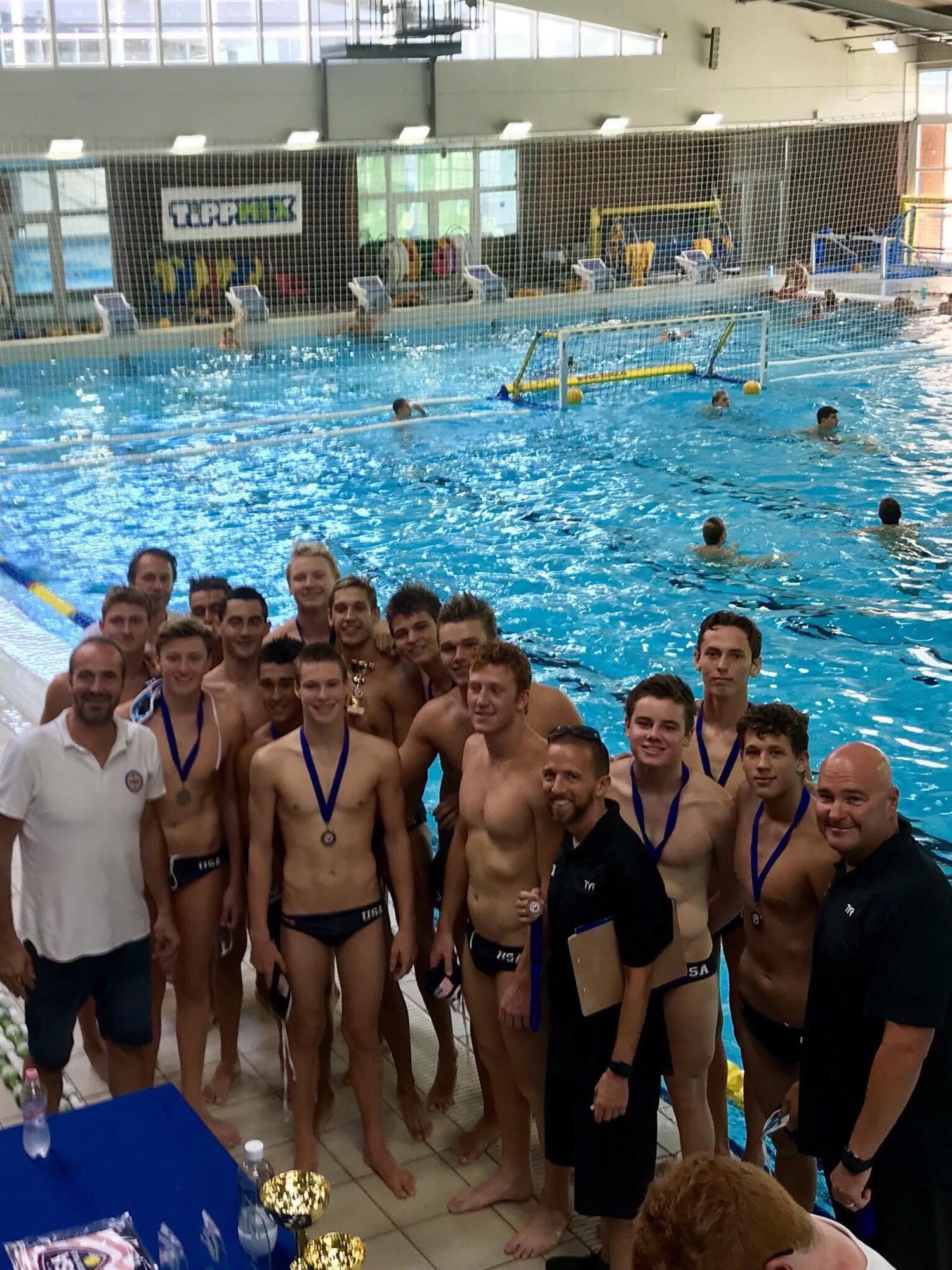 Two Sycamore Aviators have traveled to Budapest, Hungary this month to compete on the world stage in water polo and swimming.

Splitt served as an assistant coach for the Youth Boys team. The team took part in a variety of practices, scrimmages, and matches including taking on the Hungarian clubs UVSE and BVSC. The Youth Boys team took home fourth place at the tournament.

“The opportunity to represent the United States was amazing,” said Splitt. “We came to Budapest with some of the nation’s best and competed against some of Hungarian’s best. I have been overwhelmed with the support and I hope that I am able to make my community, family, friends, and my country very proud.”

Senior Carson Foster is competing for the U.S. National Team during the world championships August 20-25. The event will feature the world’s best under-18 swimmers at the state-of-the-art Danube Arena. Foster will compete in five races.