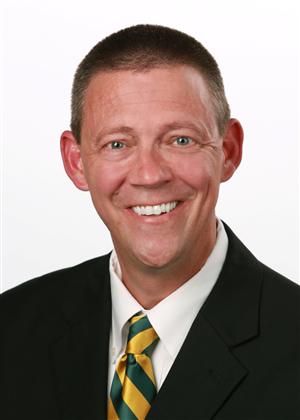 He has served students in the public school setting for 28 years beginning as a fourth grade teacher in the Lakota Local Schools. In 1995, following his time in the classroom, Forsthoefel was appointed Assistant Principal at Summit Elementary in the Forest Hills Local School District where he served for three years. In 1998, he was appointed Principal at Wilson Elementary in Forest Hills where he served students, staff and families for eight years.

In February of 2015, the Board of Education named Forsthoefel the next Superintendent of Sycamore Community Schools where he will serve as the chief executive officer and instructional leader for the nationally recognized district of excellence.

As Superintendent, Forsthoefel will strive to empower and motivate students and staff to reach their full potential while ensuring that a full continuum of rigorous and relevant educational opportunities are available for each student that graces the halls of Sycamore. As reflected in the district’s mission, he will work relentlessly to promote the intellectual, social, emotional and physical growth of students to equip them to be college and career ready.

Forsthoefel resides in Montgomery with his wife Robin. He has two daughters, Megan, who works as a Radiology Technologist for TriHealth and Madison (2018 SHS graduate) who attends the University of Louisville.
Follow Superintendent Forsthoefel on Twitter @TopAviator
Copyright © 2002-2021 Blackboard, Inc. All rights reserved.